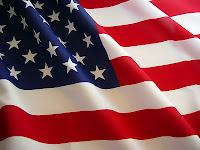 When you swallow anything, that item goes through a tube that connects your mouth to your stomach whether it is a liquid or a solid substance. That bodily throughway is called an esophagus. When that area gets irritated, you can suffer from more serious medical issues including a condition called GERD—Gastroesophageal Reflux Disease. If you have symptoms similar to heartburn or acid indigestion that is not caused by eating certain types of spicy food, you may have GERD.

Also known as acid reflux, GERD can cause serious damage to your esophagus over time. The burping, heartburn, and spitting up associated with GERD are the result of acidic stomach contents moving backward into the esophagus (called reflux), according to KidsHealth.org. This can happen because the muscle that connects the esophagus with the stomach (the esophageal sphincter) relaxes at the wrong time or doesn't properly close.

Many people have reflux regularly and it's not usually a cause for concern. But with GERD, reflux occurs more often and causes noticeable discomfort. After nearly all meals, GERD causes heartburn, also known as acid indigestion, which feels like a burning sensation in the chest, neck, and throat. In babies with GERD, breast milk or formula regularly refluxes into the esophagus, and sometimes out of the mouth. Sometimes babies regurgitate forcefully or have "wet burps." Most babies outgrow GERD between the time they are 1 and 2 years old. But in some cases, GERD symptoms persist. Kids with developmental or neurological conditions, such as cerebral palsy, are more at risk for GERD and can have more severe, lasting symptoms. Much more info can be found at this site: http://kidshealth.org/parent/medical/digestive/gerd_reflux.html .

The symptoms of GERD may include persistent heartburn, acid regurgitation, nausea, hoarseness in the morning, or trouble swallowing, according to the American Academy of Otolaryngology (AAO). Some people have GERD without heartburn. Instead, they experience pain in the chest that can be severe enough to mimic the pain of a heart attack. GERD can also cause a dry cough and bad breath.

According to the AAO, GERD can be diagnosed or evaluated by a physical examination and the patient’s response to a trial of treatment with medication. Other tests that may be needed include an endoscopic examination (a long tube with a camera inserted into the nose, throat, windpipe, or esophagus), biopsy, x-ray, examination of the esophagus, 24 hour pH probe with or without impedance testing, esophageal motility testing (manometry), and emptying studies of the stomach. Endoscopic examination, biopsy, and x-ray may be performed as an outpatient or in a hospital setting. Endoscopic examinations can often be performed in your ENT’s office, or may require some form of sedation and occasionally anesthesia.

Most people with GERD respond favorably to a combination of lifestyle changes and medication. Medications that could be prescribed include antacids, histamine antagonists, proton pump inhibitors, pro-motility drugs, and foam barrier medications. Some of these products are now available over the counter and do not require a prescription. Children and adults who fail medical treatment or have anatomical abnormalities may require surgical intervention. Such treatment includes fundoplication, a procedure where a part of the stomach is wrapped around the lower esophagus to tighten the lower esophageal sphincter muscle (LES), and endoscopy, where hand stitches or a laser are used to make the LES tighter. You can find more details about GERD at this site: http://www.entnet.org/HealthInformation/GERD-and-LPR.cfm .

According to the National Institutes for Health (NIH) risk factors for GERD or reflux include:

• Alcohol (possibly)
• Hiatal hernia (a condition in which part of the stomach moves above the diaphragm, which is the muscle that separates the chest and abdominal cavities)
• Obesity
• Pregnancy
• Scleroderma
• Smoking

Heartburn and gastroesophageal reflux can be brought on or made worse by pregnancy and many different medications. Such drugs include:

If you suspect that one of your medications may be causing heartburn, talk to your doctor. Never change or stop a medication you take regularly without talking to your doctor, according to the NIH. More material about GERD can be found at this website: http://www.ncbi.nlm.nih.gov/pubmedhealth/PMH0001311/ .

Depending on how severe your GERD is, according to this website: http://heartburn.about.com/od/gerdacidrefluxdisease/a/gerd_acidreflux_3.htm , treatment may involve one or more of the following lifestyle changes, medications, or surgery:

If you smoke, stop--Smoking inhibits the production of saliva. Saliva is one of your body's defenses against damage to the esophagus. Saliva also aids in neutralizing refluxed acid. Smoking also stimulates the production of stomach acid, and can weaken and relax the lower esophageal sphincter (LES).

Do not drink alcohol--Alcohol increases the production of stomach acid, relaxes the lower esophageal sphincter, allowing stomach contents to reflux back up into the esophagus, and can make the esophagus more sensitive to stomach acid.

Lose weight if needed--Obesity increases abdominal pressure, which can then push stomach contents up into the esophagus. Losing weight may help reduce acid reflux.

Wear loose-fitting clothes--Clothing that fits tightly around the abdomen will squeeze the stomach, forcing food up against the LES, and cause food to reflux into the esophagus. Clothing that can cause problems include tight-fitting belts and slenderizing undergarments.

Avoid lying down for 3 hours after a meal--Gravity helps to keep the stomach juices from backing up into the esophagus. Lying down with a full stomach makes reflux more likely.

According to Fox News, popular over-the-counter medications like Tums, Maalox, Rolaids and Mylanta neutralize stomach acid and provide fast-acting relief in mild or isolated cases of acid reflux. Some antacids come in liquid form to coat the lining of the esophagus and help reduce the amount of acid in the stomach. But they won’t aid in reducing inflammation of the esophagus associated with GERD. More details about medicines to control GERD can be found at this site: http://www.foxnews.com/story/0,2933,412202,00.html .

GERD can be serious. If you suspect you may have it, see your doctor. Don’t put off an appointment if you are suffering from the symptoms. It may be that you have other health related issues, but if you really have acid reflux, your family physician can help you deal with it.