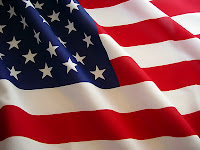 After the Civil War ended, there rose up a group of individuals who dedicated themselves to promote the need to remember the fallen soldiers of that horrific conflict. No other war before or since had as much devastating and catastrophic results on American lives than the “War of Northern Aggression,” as it was called in the South, or “The Great Rebellion” as it was known in the northern states. Over 600,000 men and women in uniform on both sides gave up their lives in the ultimate sacrifice to fight for what they believed. Regardless of the political leaning of state rights versus the federal mandate of ending slavery and preserving the Union, the true loss as a result of four terribly bloody years of war was that so many died.

To honor those who gave up their lives, a national holiday was created to memorialize those individuals. Originally known as “Decoration Day,” the graves were decorated with flowers, flags, and letters of remembrance. Memorial Day was officially proclaimed on May 5th, 1868, by then General John Logan, national commander of the Grand Army of the Republic, in the general order No. 11 and the first observance. It is now celebrated in almost every State on the last Monday in May. Celebrating on the Monday ensures that a 3-day weekend is observed for Federal holidays.

Unfortunately the traditional observance of Memorial Day has diminished over the years. Many Americans nowadays have forgotten he meaning and traditions of Memorial Day. At many cemeteries, the graves of those fallen have become increasingly ignored whereas they used to be decorated with American flags and the like. While there are towns and cities that still hold Memorial Day parades, many have not held a parade in quite some time.

There are those who take Memorial Day to honor the dead, not just those in battle. But what may be needed to return the solemn, and even sacred, spirit back to Memorial Day is for a return to its traditional day of observance. Many feel that when Congress made the day into a three-day weekend in with the National Holiday Act of 1971, it made it all the easier for people to be distracted from the spirit and meaning of the day.

To assist people in remembering, the “National Moment of Remembrance” resolution was passed in December of 2000 which asks at 3pm local time, for all Americans to “voluntarily and informally observe in their own way a moment of silence to remember and respect and pausing from whatever they are doing for a moment of silence or otherwise listening to ‘Taps.’ For some more background information on this very special holiday, you can go to www.usmemorialday.org .

Here are a few comments from the official Marine Corps website, and Commandant General James Amos: “AS WE OBSERVE MEMORIAL DAY AND HONOR THOSE WHO HAVE DIED IN SERVICE TO OUR NATION, IT IS IMPERATIVE THAT WE REFLECT ON THE FIDELITY AND SACRIFICE THEY EMBODIED WHILE DEFENDING FREEDOM AND DEMOCRACY. OUR NATION HAS BEEN AT WAR FOR MORE THAN A DECADE AND HAS SEEN NEARLY 6,450 OF ITS SERVICEMEN AND WOMEN FALL IN IRAQ AND AFGHANISTAN....KEEP FAITH WITH THEIR MEMORY AND HONOR THEIR SURVIVING LOVED ONES.

2. “….REFLECT AND REMEMBER THOSE FORWARD DEPLOYED AND FORWARD ENGAGED IN HARM'S WAY, BRAVELY STANDING WATCH AND FIGHTING FOR FREEDOM AROUND THE WORLD. THEIR HEROISM ENSURES OUR COUNTRY'S CONTINUED SECURITY AND PROSPERITY....SET ASIDE TIME TO REFLECT ON OUR WOUNDED WARRIORS WHO CONTINUE TO OVERCOME THE CHALLENGES OF THE VISIBLE AND INVISIBLE IMPACTS OF WAR.

3. "THIS WEEKEND ALSO BEGINS THE ANNUAL SUMMER HOLIDAY SEASON. TAKE CARE OF EACH OTHER AND CAREFULLY CONSIDER THE RISKS INVOLVED WITH ALL OF YOUR SUMMER ACTIVITIES, ESPECIALLY THOSE INVOLVING ALCOHOL....REMIND EACH OTHER OF THE IMPORTANCE TO OUR MISSION, BOTH IN COMBAT AND WHILE AT HOME WITH YOUR FAMILY….FOR THOSE DEPLOYED, STAY SAFE AND CONTINUE TO SERVE WITH PRIDE KNOWING YOU ARE IN OUR THOUGHTS AND PRAYERS.”

The long Memorial Day holiday weekend is on the horizon and for many, plans will include taking to the highway, pulling out the grill for a backyard barbecue or having fun in the water. The American Red Cross (www.redcross.org ) has steps everyone can follow to stay safe whatever their plans include.

1.) DRIVE SAFELY--With more people on the roads, it’s important to drive safely. Be well rested and alert, use seat belts, observe speed limits and follow the rules of the road. If plans include drinking alcohol, designate a driver who won’t drink. Other tips for a safe trip include:

--Give one’s full attention to the road. Avoid distractions such as cell phones.
--Don’t follow another vehicle too closely.
--Use caution in work zones.
--Make frequent stops.
--Clean the vehicle’s lights and windows to help the driver see, especially at night.
--Turn the headlights on as dusk approaches, or during inclement weather. Don’t overdrive the headlights.

--Never grill indoors – not in the house, camper, tent, or any enclosed area.
--Always supervise a barbecue grill when in use, and make sure everyone, including the pets, stays away from the grill.
--Keep the grill out in the open, away from the house, deck, tree branches or anything that could catch fire.
--Keep the chef safe by using the long-handled tools especially made for cooking on the grill.
--Never add charcoal starter fluid when coals have already been ignited.
--Be ready to close the lid and turn off the grill to cut off the fuel if necessary.
--Keep a fireproof pan under the grill to catch any falling ash or grease.
--Trim excess fat from meat to avoid flare-ups.
--Wash one’s hands in hot soapy water before preparing food, after touching raw meat and after any interruptions such as using the bathroom, handling pets, stopping to do something with children.

3.) SWIMMING SAFETY--Learning to swim is one of the best steps someone can take to be safe around water. People can contact the local Red Cross and learn how to swim as well as get the facts about water safety, home pool safety, first aid and CPR classes. Other swimming safety tips include:

--Swim in designated areas supervised by lifeguards.
--Always swim with a buddy; do not allow anyone to swim alone.
--Have young children or inexperienced swimmers wear U.S. Coast Guard-approved life jackets around water, but do not rely on life jackets alone.
--Have appropriate equipment, such as reaching or throwing equipment, a cell phone, life jackets and a first aid kit.
--Know how and when to call 9-1-1 or the local emergency number.

4.) POOL SAFETY--It’s important to constantly supervise children when they are near water.

--Never leave a young child unattended near water, and do not trust a child’s life to another child; teach children to always ask permission to go near water.

--Avoid distractions when supervising children around water. If a child is missing, check the water first. Seconds count in preventing death or disability.

Regardless of your reason to celebrate Memorial Day, and whatever your activities may be, always remember to be safe, so you’re not sorry later. This national holiday has special meaning not only to the nation, but also to the families of those who lost friends and family in any case when serving in uniform. Then, take some time to reflect on your blessings of living in the “land of the free, and the home of the brave.” Ask God to continue to protect your family and those who serve in harm’s way. Seek His divine guidance not only for yourself, but also for those who are in positions of leadership in the armed forces and in all levels of government—local, state, and national. Look to Him for all your needs.