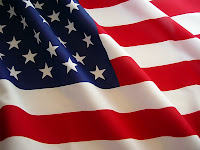 When you worry about something, are you the type of person who constantly thinks about the situation and keep it as a dominant thought? Or do you feel that your anxious state of mind soon may pass with a resolution of some sort? Angst, often confused with anxiety, is a transcendent emotion in that it combines the unbearable anguish of life with the hopes of overcoming this seemingly impossible situation, according to the Urban Dictionary.

Without the important element of hope, then the emotion is anxiety, not angst. Angst denotes the constant struggle one has with the burdens of life that weighs on the dispossessed and not knowing when the salvation will appear. Here is an example:

The word itself was developed out of old German language and translated into English from German. Angst "neurotic fear, anxiety, guilt, remorse," came from Old High German angust, from the root of anger. George Eliot used it (in German) in 1849, and it was popularized in English by translation of Sigmund Freud's work, but as a foreign word until the 1940s, according to the Online Etymology Dictionary.

Angst is very commonly displayed in the teenage years. According to the The Observer online, Twice as many girls are suffering "teenage angst" as boys, according to research done in the UK that suggests growing up in Britain is toughest on young women. As many as 900,000 teenage girls describe themselves as "unhappy and depressed", and there is evidence that they have become more miserable over the past three years.

The problem is said to be particularly acute for those from lower socioeconomic backgrounds, according to a report published by the think tank Demos. The research follows recent studies which suggest that girls also lead unhealthier lifestyles than boys, skipping meals to lose weight, as well as drinking and smoking too much. Girls are more anxious than boys about their appearance, careers and a celebrity culture that places a premium on good looks. Some young women also feel burdened by an increased expectation to continue to move into areas of work that had been male-only. More info about this study can be found at this site: http://www.theguardian.com/society/2011/apr/17/teenage-girls-angst-depression-demos .

According to this website, http://life.familyeducation.com/teen/stress/39302.html , these are some of the reasons why teen girls bury their angst:

Fear of Exposure--Self-consciousness, which peaks during the adolescent years, inhibits many girls from revealing their struggles. They are afraid of being even more scrutinized by adults who already monitor their ups and downs. "My mother is constantly interrogating me about my friends. If I tell her anything bad that happened, it just makes it worse. Then she has to know everything!"

Need for Autonomy--Teens are working hard to establish age appropriate separateness from their parents. Thus they avoid admitting to weaknesses that could result in dependency. "If I show my parents my poor grade on my math test," and, "they're going to take over my entire life. They'll keep asking me if I studied, and then my dad will insist on helping me every night and probably confuse me more."

Fear of Repercussions--Almost without exception, girls are afraid of what their parents will do if they find out they are overwhelmed or struggling. "They'll make me see a tutor and I won't have any time to myself. And if I did really bad, they might say I can't go online anymore or go out with my friends on weekends."

Reluctance to Raise Parental Anxiety--Girls are keenly aware of the challenges in their parents' lives, such as jobs, poor health, marital conflicts, divorce, and single parenthood. They also know that merely mentioning their struggles in some area or another can instantly provoke or inflame their parents' worries. Skilled at empathizing, teens often fear "making things even worse."

Avoidance of Flaws--In the midst of developing their own identities, girls' self-confidence is already shaky. Unable to recognize that they are still evolving, they often see their deficiencies as permanent flaws--a view that is sometimes shared by adults. "Parents and society want you to be perfect. If you have one or two bad days, they think you're just this really bad person."

Comparisons to the Ideal--Girls' most obvious and available adult role models, their mothers, are middle-aged women who often have come to terms with themselves and their accomplishments. What teens don't usually see are their mothers' false steps, early mistakes, and insecurities, which women themselves have either forgotten or take for granted. Idealizing their mothers can inhibit girls from revealing their own struggles.

According to MetroParent.com, sometime around age 11, kids begin to realize the power emotions play. From realizing the attention that a slammed door grabs to experiencing sympathetic pangs of angst for a forlorn friend, many children are drawn to drama. Fueling the instinctual drama of many tweens or teens, some children seem to be magnets that also regularly attract angst-ridden friends. Combined with an adolescent's natural tendency to evoke a dramatic scene, having teen drama king and queen friends can be a parent's worst nightmare!

If you've been trying to curb your child's appetite for drama or to make better choices in friends, you're not alone. Although drama can be frustrating and counterproductive, you can take steps to ensure you no longer feel like you're fighting an uphill battle. Young boys tend to bottle up their emotions until they can no longer contain their feelings. Boys will often explode by shouting, or melt down into an angry pile of tears.

Many teens turn to drama because they're looking for additional attention. It is possible your daughter is trying to belong to a social group. She may be struggling with peer pressure or how to express herself to her family and friends. Talk with her to provide clarity as to how she develops friendships and chooses to express her feelings, concerns or fears, according to MetroParent.com.

Dramatic young men might be teetering between wanting to be babied and wanting to be treated like an adult. They might be feeling conflicted between pressure to "act like a man" and the childlike desire to be coddled. Taming your teen drama king or queen takes a skillful mix of patience, creativity and persistence. Provide consistent boosts to your child's self esteem and confidence to eliminate the need to gain attention through drama and the associated angst. More details can be found at this site: http://www.metroparent.com/Metro-Parent/December-2011/Angst-Drama-with-Tweens-and-Teens-How-to-Deal/ .

Actually, angst is an emotional state that is prevalent in just about every age group and type. Although usually more widely displayed in teens and young adults, older men and women experience angst as well. One major aspect of this psychological and social malady is that if left untreated or unattended over time, the symptoms may develop into darker aspects of mental trauma. If you feel you are suffering from angst, and it appears to be getting worse and not better, then seek professional help through a counselor, pastor, physician, or someone trained to deal with this type of health issue. Better to know, and the less angst you have.