Home › Unlabelled › Health Care and the Passion of Christ

Health Care and the Passion of Christ 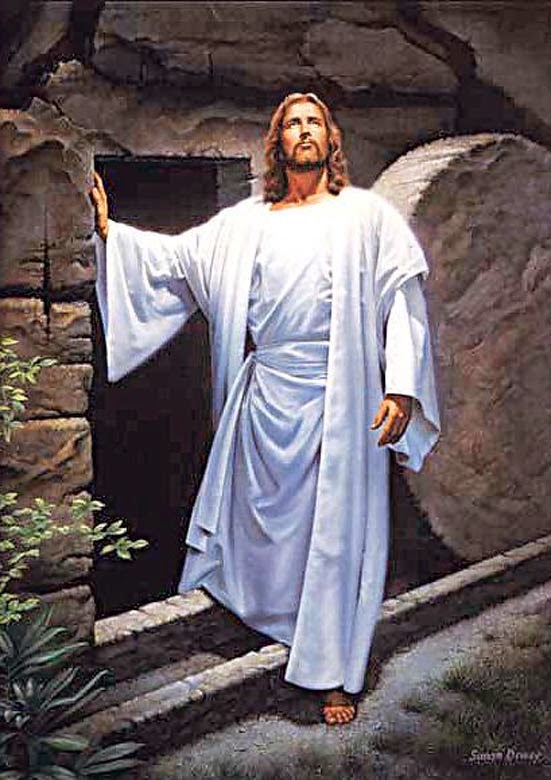 This week marks the high point of celebration of Christian believers worldwide with recognition of the death, burial, and resurrection of Jesus, the Christ--otherwise known as Passion Week, the final days leading up to the crucifixion and resurrection from death of the Holy One. Although the event took place, with historical and Biblical references validating what happened then, Easter Sunday is still looked upon by Christians as the highest, most significant day of the year.

Passion Week (also known as Holy Week) is the time from Palm Sunday through Easter Sunday (Resurrection Sunday). Also included within Passion Week are Maunday Thursday, Good Friday, and Holy Saturday. Passion Week is so named because of the passion with which Jesus willingly went to the cross in order to pay for the sins of His people. Passion Week is described in Matthew chapters 21-27; Mark chapters 11-15; Luke chapters 19-23; and John chapters 12-19. Passion Week begins with the triumphal entry on Palm Sunday on the back of a colt as prophesied in Zechariah 9:9.

Passion Week contained several memorable events. Jesus cleansed the Temple for the second time (Luke 19: 45-46), then disputed with the Pharisees regarding His authority. Then He gave His Olivet Discourse on the end times and taught many things, including the signs of His second coming. Jesus ate His Last Supper with His disciples in the upper room (Luke 22: 7-38), then went to the garden of Gethsemane to pray as He waited for His hour to come. It was here that Jesus, having been betrayed by Judas, was arrested and taken to several sham trials before the chief priests, Pontius Pilate, and Herod (Luke 22:54-23:25).

Following the trials, Jesus was scourged at the hands of the Roman soldiers, then was forced to carry His own instrument of execution (the Cross) through the streets of Jerusalem along what is known as the Via Dolorosa (Way of Sorrows). Jesus was then crucified at Golgotha (also known as Calvary) on the day before the Sabbath, was buried and remained in the tomb until Sunday, the day after the Sabbath, and then gloriously resurrected by God the Father.

It is referred to as Passion Week because in that time, Jesus Christ truly revealed His passion for us in the suffering He willingly went through on behalf of all who believe. What should your attitude be during Passion Week? Be passionate in your worship of Jesus and in your proclamation of His Gospel! As He suffered for you, so should you be willing to suffer for the cause of following Him and proclaiming the message of His death and resurrection, which is the Gospel, or Good News.
From the scriptures, read the account from John 19:16-20 in the New Testament:
16 Then delivered he him therefore unto them to be crucified. And they took Jesus, and led him away.
17 And he bearing his cross went forth into a place called the place of a skull, which is called in the Hebrew Golgotha:
18 Where they crucified him, and two other with him, on either side one, and Jesus in the midst.
19 And Pilate wrote a title, and put it on the cross. And the writing was Jesus Of Nazareth The King Of The Jews.
20 This title then read many of the Jews: for the place where Jesus was crucified was nigh to the city: and it was written in Hebrew, and Greek, and Latin.
Then, in verses 30-35:
30 When Jesus therefore had received the vinegar, he said, It is finished: and he bowed his head, and gave up the ghost.
31 The Jews therefore, because it was the preparation, that the bodies should not remain upon the cross on the sabbath day, (for that sabbath day was an high day,) besought Pilate that their legs might be broken, and that they might be taken away.
32 Then came the soldiers, and brake the legs of the first, and of the other which was crucified with him.
33 But when they came to Jesus, and saw that he was dead already, they brake not his legs:
34 But one of the soldiers with a spear pierced his side, and forthwith came there out blood and water.
35 And he that saw it bare record, and his record is true: and he knoweth that he saith true, that ye might believe.
Following, in verses 40-42:
40 Then took they the body of Jesus, and wound it in linen clothes with the spices, as the manner of the Jews is to bury.
41 Now in the place where he was crucified there was a garden; and in the garden a new sepulchre, wherein was never man yet laid.
42 There laid they Jesus therefore because of the Jews' preparation day; for the sepulchre was nigh at hand.
John 20:1:
Early on the first day of the week, while it was still dark, Mary Magdalene went to the tomb and saw that the stone had been removed from the entrance.
And following in verses 11-18:
11 Now Mary stood outside the tomb crying. As she wept, she bent over to look into the tomb 12 and saw two angels in white, seated where Jesus’ body had been, one at the head and the other at the foot.
13 They asked her, “Woman, why are you crying?” “They have taken my Lord away,” she said, “and I don’t know where they have put him.”
14 At this, she turned around and saw Jesus standing there, but she did not realize that it was Jesus.
15 He asked her, “Woman, why are you crying? Who is it you are looking for?”Thinking he was the gardener, she said, “Sir, if you have carried him away, tell me where you have put him, and I will get him.”
16 Jesus said to her, “Mary.”She turned toward him and cried out in Aramaic, “Rabboni!” (which means “Teacher”).
17 Jesus said, “Do not hold on to me, for I have not yet ascended to the Father. Go instead to my brothers and tell them, ‘I am ascending to my Father and your Father, to my God and your God.’”
18 Mary Magdalene went to the disciples with the news: “I have seen the Lord!” And she told them that he had said these things to her.
And finally, in verses 29-30:
29 Then Jesus told him, “Because you have seen me, you have believed; blessed are those who have not seen and yet have believed.”
The Purpose of John’s Gospel
30 Jesus performed many other signs in the presence of his disciples, which are not recorded in this book. 31 But these are written that you may believe that Jesus is the Messiah, the Son of God, and that by believing you may have life in his name.
The resurrection of Jesus Christ is the centerpiece of the Christian faith, according to the Apostle Paul, who even says that if Jesus Christ has not been resurrected then the Christian faith is worthless and futile (1 Cor. 15:14-17). Therefore, without Easter there is no Christianity.
Christians believe, according to Scripture, that Jesus came back to life, or was raised from the dead, three days after his death on the cross. As part of the Easter season, the death of Jesus Christ by crucifixion is commemorated on Good Friday, always the Friday just before Easter. Through his death, burial, and resurrection, Jesus paid the penalty for sin, thus purchasing for all who believe in him, eternal life in Christ Jesus.
All those who believe inherit the opportunity to celebrate life after death. As the holiest week of the year is celebrated with Easter as the zenith, find your way to the Passion of the Christ.
Until next time.