This is one of the most common STDs. It is caused by bacteria found in vaginal secretions and semen ("semen"). It can be spread through vaginal, oral, or anal sex without a condom or latex / polyurethane barrier. A pregnant woman can pass it on to her babies during childbirth. Symptoms may include vaginal discharge and burning during urination, but most women have no symptoms. Chlamydia can be treated successfully with antibiotics. If left untreated, it can spread to a woman's upper internal genitals (ovaries and fallopian tubes) and cause pelvic inflammatory disease (PID). Pelvic inflammatory disease can lead to infertility, which means it may be difficult or impossible to get pregnant.

The CDC recommends screening for chlamydia annually for all sexually active women under the age of 25, as well as for older women with risk factors, such as new or multiple sex partners. Unfortunately, recent reports show that less than half of sexually active women under the age of 25 are screened for chlamydia, partly due to a lack of awareness among healthcare providers. If you are not offered a test for chlamydia, you may want to request a test from your healthcare provider.

It is important to find HPV early and get treatment to prevent health problems. Regular cervical screening tests are a good way to check for HPV. There are also three effective HPV vaccines. Since the introduction of HPV vaccines several years ago, the number of girls between 14 and 19 years old with HPV in the United States has more than halved. It is important that young men be vaccinated before sex (before they are exposed to HPV), because people already infected with HPV may not be protected with the vaccines. For more information, see our HPV fact sheet. 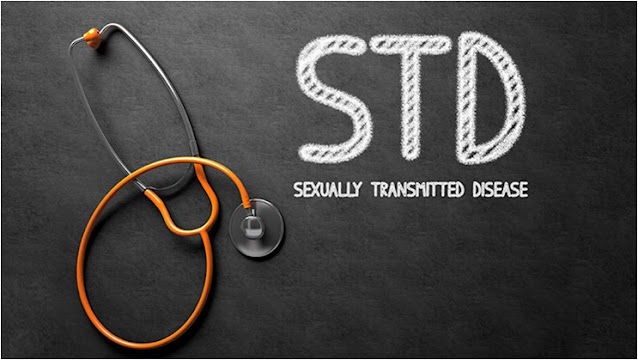 These STDs are caused by a virus that lives in the nerves. There are two common types of herpes. Herpes simplex type 1 (HSV-1) usually causes cold sores around the mouth. Herpes simplex type 2 (HSV-2) usually causes sores in the genital area. However, it is possible to obtain HSV-2 in the mouth and HSV-1 in the genital area. Symptoms include painful and itchy blisters. The virus spreads through skin-to-skin contact with sores, but it may also spread even before the sores appear on an infected person. In most people, the sores come and go, but the virus remains in the body for life. Sometimes there are no symptoms because the virus is "hiding" in the nerves. Some women with HIV have never had blisters or sores before becoming infected with HIV, and then they are surprised when they develop "outbreaks" of sores due to weakened immune systems due to HIV.

Genital HSV-2 infection is more common in women than in men. Additionally, women with HIV may have frequent outbreaks of herpes that may be more difficult to treat. There is no cure for herpes, but the antiviral drugs Zovirax (acyclovir), Valtrex (Valacyclovir), and Famvir (Famciclovir) can reduce the number of outbreaks if taken daily, and they can shorten outbreaks and make them less severe if taken sooner. Symptoms begin. Valtrex has also been shown to reduce the risk of passing the infection on to another person. Pregnant women can pass herpes to their babies, so it is important to tell your healthcare provider if you have had genital herpes and you are pregnant or plan to become pregnant.

HIV testing is part of regular routine health care in many countries. The Canadian Public Health Agency, for example, recommends discussing HIV testing as part of routine medical care. The CDC now recommends that all people between the ages of 13 and 64 be tested, unless they have already been tested. She also recommends getting an HIV test before starting a new sexual relationship, regardless of your age.

The World Health Organization (WHO) offers different suggestions based on where you live. In places where HIV is common, she recommends getting an HIV test on anyone who goes to a health care facility. When HIV is less common, it is suggested that HIV tests be offered to people who may be more susceptible to HIV infection.

It's also important to get tested if:

You are pregnant or considering pregnancy

You have hepatitis C.

If left untreated, HIV can cause serious illness and death. If you get tested for HIV +, there are effective drugs to help you stay healthy. But you cannot get the health care and treatment you need if you do not know your HIV status. For more information about HIV, go to the section on The Well Project's website called HIV: The Basics.

These STIs are caused by bacteria. It can be spread via vaginal, anal, or oral sex without using a condom or a latex / polyurethane barrier. The disease has several stages. People with primary syphilis (the early disease) may have open, pain-free sores, called sores, in the genitals, anus, or around the mouth. The sores usually heal on their own within three to six weeks. People with secondary syphilis (later in the disease) often have a rash and / or hair loss. If syphilis is left untreated, it can move into a latent stage during which no visible symptoms may appear but can damage the heart, brain and other organs. Syphilis can be treated successfully with antibiotics. Without treatment, it can harm the body's organs, resulting in severe illness and even death. A pregnant woman can pass syphilis to her babies during pregnancy and childbirth, so it is important for pregnant women to have a syphilis test.

Other sexually transmitted infections you should know about 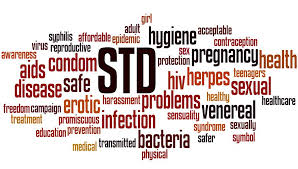 Hepatitis is inflammation (irritation) of the liver. Some types of hepatitis are caused by viruses in blood, vaginal secretions, semen, and breast milk. These include hepatitis A (HAV), hepatitis B (HBV) and hepatitis C (HCV), all of which can be transmitted through sexual contact. There is a vaccine to prevent HAV and HBV, but there is no vaccine to prevent hepatitis C. The hepatitis A virus clears up on its own, but hepatitis A and hepatitis virus can become chronic (long-term) and very dangerous. Because hepatitis B virus and hepatitis C virus often have no symptoms, most people do not know they have the infection. It is important for people living with HIV to be tested for HBV and HCV and treated, if needed. For more information, see our article on treating hepatitis C in people with HIV.

Pubic lice live in the pubic hair (the hair around the genitals) and can be transmitted through skin-to-skin contact. It can also spread through infected clothing and bedding. Symptoms may include severe itching and seeing lice or eggs in the hair. Pubic lice can be treated with over-the-counter medication. However, pregnant women should use products specially formulated for them. Contaminated clothes, sheets, pillowcases, blankets and towels should be washed with hot water and laundry soap to kill the lice and eggs and to prevent re-infection.

Protect yourself and others

You can greatly reduce your risk of contracting an STD by practicing safe sex. Some STIs, such as genital warts, herpes, and syphilis, can be transmitted through contact with infected skin. Here are some tips to protect yourself:

Use water-based lubricants (KY, Astroglide) with a latex condom or barrier.

Do not use oily products (Vaseline, body lotion) as they destroy latex

Do not use lubricants or condoms containing nonoxynol 9 (N-9), which can damage the lining of the vagina or anus and increase the chances of contracting HIV.

Be aware that some birth control methods, such as birth control pills, injections, implants or diaphragms, will not protect you from STIs. If you use one of these methods, also use a latex condom.

Talk to your sexual partner (s) about STIs and condom use

Talk honestly with your health care provider and your sexual partner (s) about any sexually transmitted infections that you or your partner have had.

Talk to your health care provider about getting a routine STI screening as part of a physical exam or annual gynecological exam.

Do not share needles or syringes to inject drugs or other substances; If you share medication equipment, be sure to clean up your business

There are many sexually transmitted diseases, including HIV. Some can be treated with therapy. Some, such as HIV and herpes, cannot be cured, but they can be controlled. It can cause many serious health and fertility problems, or even death, if left untreated. Practicing safe sex can protect you from many, but not all, STIs.

See your healthcare provider right away if:

You have had sex with someone who may have an STI

You have symptoms such as genital sores, discharge, or burning when you urinate

It is important to get tested for STIs regularly if you (1) are sexually active, (2) have sex with more than one partner, or (3) your partner has sex with people other than you. Many STIs do not show symptoms. If needed, get the treatment your healthcare provider recommends. Even if the symptoms disappear, you still need to end treatment. If symptoms persist after treatment, see your healthcare provider. Also, make sure your partner (s) are receiving treatment, so that you don't pass the infection back and forth.